Are you Addicted to the Pill? 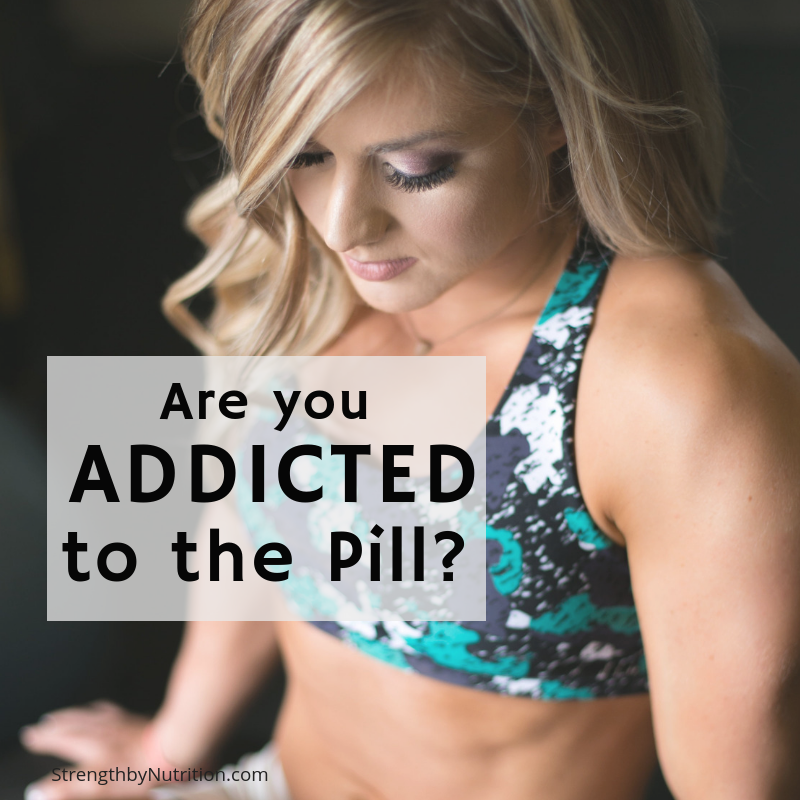 The Pill imposes a very specific type of hormonal control over the body and is a viable option for an oral contraceptive. It’s 99% effective at preventing pregnancy when used correctly.

But the Pill is NOT a viable option for solving hormonal issues – even though nearly 58% of women are put on the Pill for non-contraceptive reasons. In fact there are many medical guides speaking to the benefit of using oral contraceptives in reducing menstrual symptoms in women.

Why? Because the Pill basically covers up and buries the hormones that control the menstrual cycle. Thus, women no longer have to deal with their symptoms. No hormones, no problems, right?

Perhaps you were put on the Pill for unpleasant symptoms as a teenager or later in life when you entered a serious relationship. What symptoms were you dealing with before your doctor put on the Pill?

Even if you merely started the Pill as a means of contraceptive, there’s still an increased chance that a condition or set of symptoms might emerge during your time on the pill – and you won’t know about it until you come off of the Pill because it’s been masked this entire time.

Perhaps you’ve been following us for quite some time and have realized that the Pill is not a viable option for you anymore. Or perhaps you have decided that now is the time to get pregnant and start a family. So you decide to come off the Pill.

But instead of rainbows and unicorns, you are met with life staggering symptoms. Not only are you met with everything you dealt with BEFORE the pill. But now you are experiencing a whole new set of symptoms.

These new symptoms have been termed “post-OC (oral contraceptive) syndrome by Dr. Aviva Romm in her textbook Botanical Medicine for Women’s Health published in 2008. You’re basically experiencing a recurrence of old hormonal imbalances along with a plethora of new ones.

For most woman that experiences a drastic rebound like this, they get right back on the Pill to cover those nasty symptoms back up. This is how women get addicted to the Pill. They see no way around the terrible, awful symptoms they are experiencing, so they go back to their doctor who tells them to ‘get back on the Pill to manage your symptoms.”

If you are coming off the pill, there are many effective ways to balance your hormones, replenish nutrient deficiencies, make necessary lifestyle changes, and ease symptoms post-pill. Feel free to check out our post on Transitioning off of Birth Control to arm yourself with information. We also recommend to check out books like Adrenal Thyroid Revolution by Dr. Aviva Romm and Beyonod the Pill by Dr. Jolene Brighten as handy resources. Of course, we also recommend a proper exam and consultation with a functional medicine doctor, nurse practitioner, or other appropriate licensed practitioner to make sure nothing more serious is going on, especially if it’s more than 3 months since you’ve had a regular cycle, or if you have other concerning symptoms.

What has your Post Pill experience been like? We’d love to hear your story in the comments below.