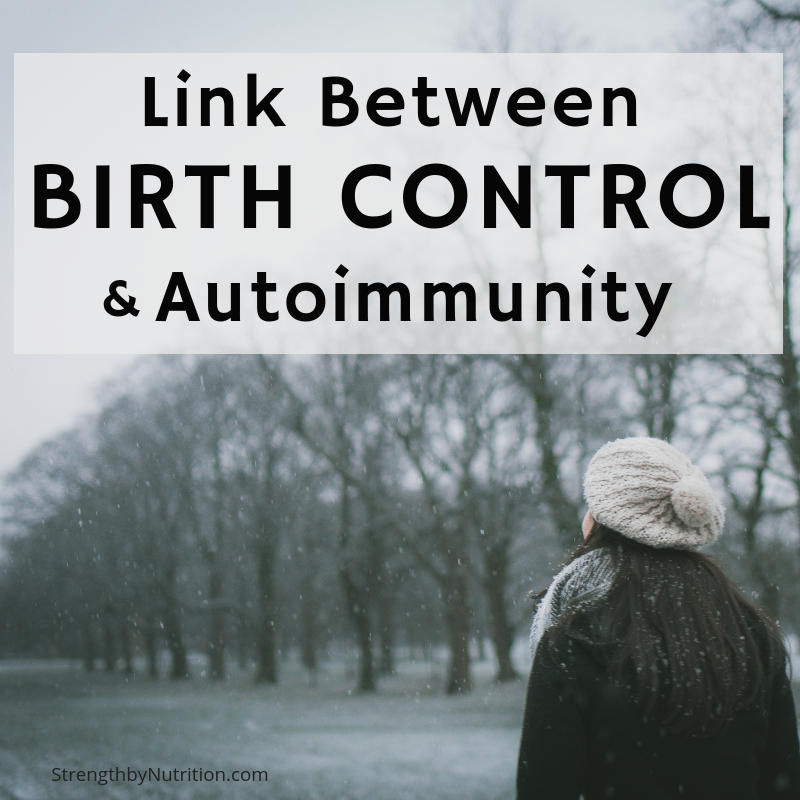 Autoimmunity has become an epidemic. 1 in 9 women will develop an autoimmune disease such as Hashimotos, reumatoid arthritis, lupus, IBD, MS, Type 1 diabetes, psoriasis, and more.

“Autoimmune diseases have not always been this common. The prevalence of autoimmune diseases like systemic lupus, multiple sclerosis, and type 1 diabetes is on the rise. In some cases, autoimmune diseases are three times more common now than they were several decades ago,” writes Dr. Douglas Kerr of the Johns Hopkins Transverse Myelitis Center. “These changes are not due to increased recognition of these disorders or altered diagnostic criteria. Rather, more people are getting autoimmune disorders than ever before.”

When functioning properly, our immune system can tell the difference between our own cells and that of foreign ‘invaders,’ bacteria, viruses, and fungi. The system is able to choreograph an attack against the invader, leaving us healthy in just days after the infection. But when this technical dance between the immune system and the tissues goes awry, the restful is autoimmune disease. In such a disease, the immune system mistakes our tissues as invaders and begins to attack it.

But what triggers autoimmunity to occur?

Why is the prevalence of autoimmunity increasing at such alarming rates?

Most autoimmunity actually comes from environmental exposures more so than from genetics. So it’s no wonder that autoimmunity is increasing right along with our exposure to environmental toxins. “One example of this comes from a 2003 study in which blood and urine samples from Americans were tested for 210 substances, including industrial compounds, pollutants, PCBs, insecticides, dioxins, mercury, cadmium and benzene. The volunteers, none of whom had any occupational or residential risks for such exposure, had detectable levels of 91 of these.”

In other words, these are ordinary people with ordinary lives who have numerous toxins in their body from ordinary exposure. We often link environmental toxins with big oil spills or nuclear radiation, but in fact, the majority of these toxins are coming from the materials in our homes, exhaust from vehicles, and the products we use for cleaning, body care, and cosmetics.

But the really interesting connection between the increase in autoimmunity and women is the use of hormonal birth control.

In the 1950s, Dr, Noel Rose, claimed the term ‘autoimmunity” which would later earn him the title, Father of Autoimmune Disease. Dr. Rose explained that “patients must be genetically predisposed to contract an autoimmune disease,” but stressed that “environmental triggers are the real key to activating the condition.”

The environmental triggers Dr. Rose is referring to are the countless xenoestrogens we are exposed to on a daily basis. Examples of the ones that get the most attention include dioxins, detergents, BPA, even soy. Unfortunately, they rarely include the most prolific and potent synthetic chemical explicitly designed to mimic natural estrogen in the body—hormonal birth control.

A conservative estimate of 11 million women in the US alone take some form of hormonal contraceptive.

T cells of the immune system have an intricate connection with our body’s natural estrogen. When estrogen binds to alpha receptors, it helps the T cells find the invader and triggers the command to attack. But when we are flooded with xenoestrogens, that look differently and function differently than natural estrogens, the signal is impaired when they attach to receptors. Now we have a T cell that is armed, but uncertain of where to attack because the synthetic estrogen does not carry the same code as our natural estrogen. This can result in an armed attack against our own body.

So how can we be certain that hormonal birth control is to blame for the rise of AI diseases and not other chemicals known to disrupt the endocrine system?

First it appears that AI has risen dramatically after the birth control pill was first introduced. One could argue that a lot of the environtmental toxins were introduced at the same time. This is completely valid.

But it doesn’t explain the fact that the gender ratio has also skewed dramatically since the Pill was introduced. “For example, twice as many women than men were diagnosed with Multiple Sclerosis (MS) in 1940. By 2000, four out of five MS patients were women. That’s a 50 percent increase over each decade since the Pill was introduced,” writes Mike Gaskins, author of In the Name of the Pill. “Other recent studies found that women who took hormonal birth control were 35 percent more likely to develop Multiple Sclerosis, 50 percent more likely to develop Lupus, and faced up to three times the risk of developing Crohn’s disease when compared with women who never took birth control.” GULP!

Is this just another fear mongering tactic?

In the grand scheme of things, we still know very little about the inner workings of autoimmune disease. But this we do know:

“hormones are powerful chemical messengers that play a role in just about every process our bodies perform. Even though we don’t know precisely how these messengers work or exactly what their role is in the immune system, we should know enough by now to try not to throw them out of balance.”

And of course there will always be those that claim this is just another case of “fear mongering” when it’s really not.

“To miss the opportunity to change is to not only deny the evidence and miss what may be a fleeting opportunity to reverse these trends, but also, ultimately, a selfish position. What about our children and their children?” asks Mike, “If we have the opportunity to make a healthier future for them but fail to act either because of indifference or denial, what will tomorrow hold for them?”

The truth is, we won’t be able to eliminate environmental toxins and autoimmunity in the future. These things will always be with us. But here’s what we CAN do:

Gaskins, Mark. In the Name of the Pill