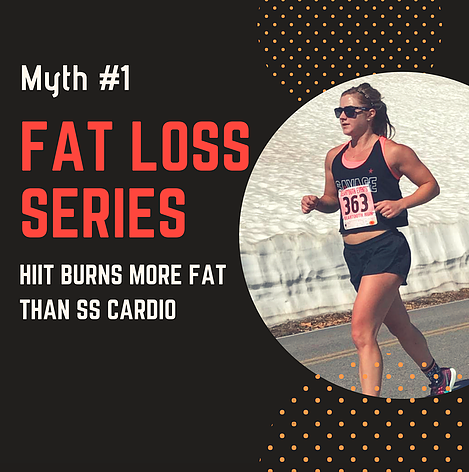 Research is a great tool for practical implication.

Then, at which point, the conclusions are taken way out of context and drawn way out of proportion and sold to you as truths.

You’ve likely experienced this phenomenon during your health and fitness endeavor.

You read an insightful article in one of your favorite fitness magazines and a week later you read a different article about the same topic drawing a completely different conclusion.

Thus you are left confused and paralyzed as to which advice is right and which you should follow.

Trust me, I’ve been there, and it’s frustrating as hell! It makes me want to scream, “Will someone just tell me the damn truth! Just tell me what to do!”

So I took the matter into my own hands and went straight to the source: the original research studies.

Here’s what I found…

In the next 3 articles, I expose 3 common fat loss tips you’ve been led to believe are important to your fat loss endeavor but actually hold no scientific merit.

In fact they may be causing you unwanted stress, wasted time, and effort.

Not something you can afford when you’re living a busy life while simultaneously trying to get in shape.

Speaking of which, let’s get on with the content!

Yes, you heard that right.

We’ve been led to believe that HIIT creates a larger fat burning effect than does a steady bout of aerobic exercise. This is simply not true over a 24-hour period.

In a study called, “Effect of exercise intensity and duration on postexercise energy expenditure,” researchers looked at high intensity vs. low-intensity training of equal caloric output and their effect on the magnitude (measured in kcal) and duration of Excess Post-exercise Oxygen Consumption (EPOC).

Yes, it seems that there is an acute response to high-intensity training that results in a higher rate of fat burning immediately post exercise. But does that translate to a greater amount of fat loss?

When comparing the amount of fat burned (measured in Respiratory

In fact, there was a mere 15 kcal/day difference between the two groups – not the amount we have been led to believe…

From this study, we can conclude that energy-matched bouts of high intensity and low-intensity exercise induce a similar effect on 24 hour RQ and energy balance.

Simply put, both exercise types result in the same amount of fat burned and total calories burned throughout the day.

So what does this mean for you and your attempt at fat loss?

Ultimately, whichever mode of training you prefer, you should stick to.

If you are time crunched and love the buzz you get from a high-intensity interval session, continue to do that.

But if you like the long, steady aerobic exercise because it gives you time to unwind and de-stress, then stick to that.

Obviously, if you are looking for training adaptations (meaning you want to get stronger and faster), you will want to periodize these types of training.

But if it’s just fat loss you are after, stick to the exercise that you are actually going to do because they are both equal in creating the necessary fat burning effect you are after.

Stay tuned for tomorrow where I reveal yet another common fat loss tip that will change the way you think about your nutrition regimen!