Why the ‘Fat Burning Zone’ Works 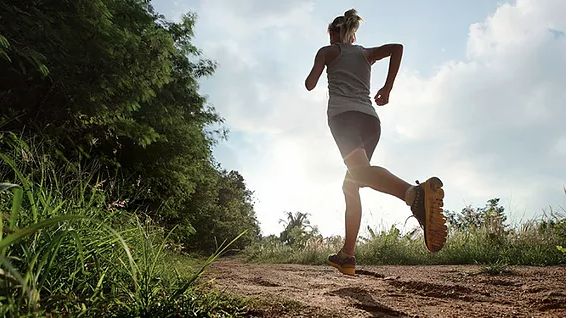 Remember the craze of the Fat Burning Zone? You know, the exercise “zone” where fat oxidation rate is at its highest?

Well, I also remember that it got a lot of crap, too…which is unfortunate because many studies have shown that MFO (maximal rate of fat oxidation) is highest during low-intensity exercise, especially when matched to your Ventilatory Threshold (the point during exercise at which breathing starts to increase at a faster rate than you can use oxygen; i.e. the point before you start to accumulate lactate).

But just because this is true and you do indeed burn fat at a higher RATE when exercising at a low intensity, this occurs only DURING exercise. What happens during the rest of the 24 hour day?

Well, let’s look at what the literature says…

During a 24-hour substrate oxidation study (looking at the rate of carb vs. fat oxidation pre-, during- and post-training), high-intensity exercise burns predominantly carbohydrates DURING exercise but often increases in fat oxidation hours AFTER exercise.

That’s great, but how can we maximize fat oxidation even more?

Well, there’s 2 well-studied and practice strategies, and those are:
1) Training in an energy deficit and,
2) Training in a glycogen depleted state.

Both of these strategies operate on the same biochemical mechanisms. Training at an energy deficit increases fat oxidation by means of a biochemical regulatory event in your muscle cells. A lack of ADEQUATE carbohydrates (notice how I did not say Low carb or ketogenic, instead, there are not enough carbs available to support carbohydrate oxidation during training), decreases malonyl-CoA concentrations (a byproduct of carbohydrate metabolism occurring during high intensity exercise), which then frees up CPT-1 (a transport protein in the mitochondrial membrane that transports acyl-CoA (broken down fatty acids) into the mitochondria to be oxidized). In simple terms, carbohydrate burning is turned off, and fat burning is turned on.

Next, training in a glycogen depleted state (i.e. you’ve trained on a low carbohydrate diet for a few days and have depleted your liver and muscles of all usable stored glucose) works by the same mechanisms, however, you don’t need to be in a long-term energy deficit. This principle is based on the fact that consuming carbs turns off fat oxidation via Insulin-induced suppression of lipolysis. What this means is that triglycerides are unable to be broken down to fatty acids (which is the substrate for fat oxidation). This is why it makes me cringe when I see an overweight person walking on the treadmill with a Gatorade in hand…they are completely missing the point here.

Here is your Monday Morning Protocol for maximal fat burning:

=>Exercise fasted (in the morning) for 30+ minutes at an intensity that is roughly 55-60% of your VO2 max (assuming you are healthy and relatively fit) for 2-4 X week.

**Time Out** This protocol is recommended for those interested in maximizing their fat burning only. If you are looking to get fitter and increase your VO2 max (and thus your fat burning capacity), then including some high-intensity interval training is going to be very beneficial.